Big changes are afoot at the Shedd Aquarium.

The Shedd has announced that as it approaches its centennial in 2030, it will undergo a $500 million makeover.

This transformation will not only be physical, encompassing major interior renovations to create immersive exhibits, but will also result in a transformation of mission – with more educational programs for Chicago school students and field research.

The Shedd is the third largest aquarium in the world and is home to over 25,000 aquatic animals housed in tanks holding five million gallons of water.

“It’s really a demonstration that the public wants to visit museums,” says Coughlin. “That there is a desire to come and connect with nature, to look nature in the eye as they say and to connect with aquatic life.”

But while many visitors have returned, Coughlin says she’s especially looking forward to welcoming students once the latest omicron wave of the pandemic subsides.

“We are looking forward to the day when we can organize field trips and more school groups and youth groups on site, and we have every indication with our close contacts at CPS that this will happen,” says Coughlin.

She says about half of the $500 million centennial pledge announced last week will go toward the revitalization and architectural restoration of “our beautiful, historic galleries of fine arts.”

Previously blocked views of the Chicago skyline and Lake Michigan will be opened, and a new Science Center – encompassing five labs will be created.

And the galleries in which the animals are housed will be transformed.

“When we’re done, we’ll have twice as much water in those habitats,” Coughlin says. “Richer habitats for animals to explore and a much more immersive and above all participatory experience for our guests.”

The Shedd also plans to deepen its ties with the local community and improve nearby natural habitats for aquatic animals.

“Now it could be the shoreline they live in, it could be a neighborhood park… (it’s about) really bringing that expertise and the aquarium experience and bringing it into the demand of ‘a community partnership,’ says Coughlin.

As for the money that will fund this transformation, Coughlin says the first phase of development, including “on-site restoration and revitalization” of the aquarium is already 80% funded.

“The aquarium has always taken a measured approach to funding major strategic initiatives,” says Coughlin. “And so, in the years to come, through careful use of our endowment funds, fundraising and prudent spending, we will fund the rest.”

Coughlin hopes that ultimately visitors to the aquarium will be changed by the experience and gain a better understanding of the fragility of Earth’s ecosystems.

“And we hope that creates empathy. And we know that once you empathize with an animal and know its history, you will be moved to take action for those animals and you will leave the aquarium as an advocate. You will vote differently and live your life differently,” Coughlin says. “We really want to change minds and change hearts with this new centennial experience.” 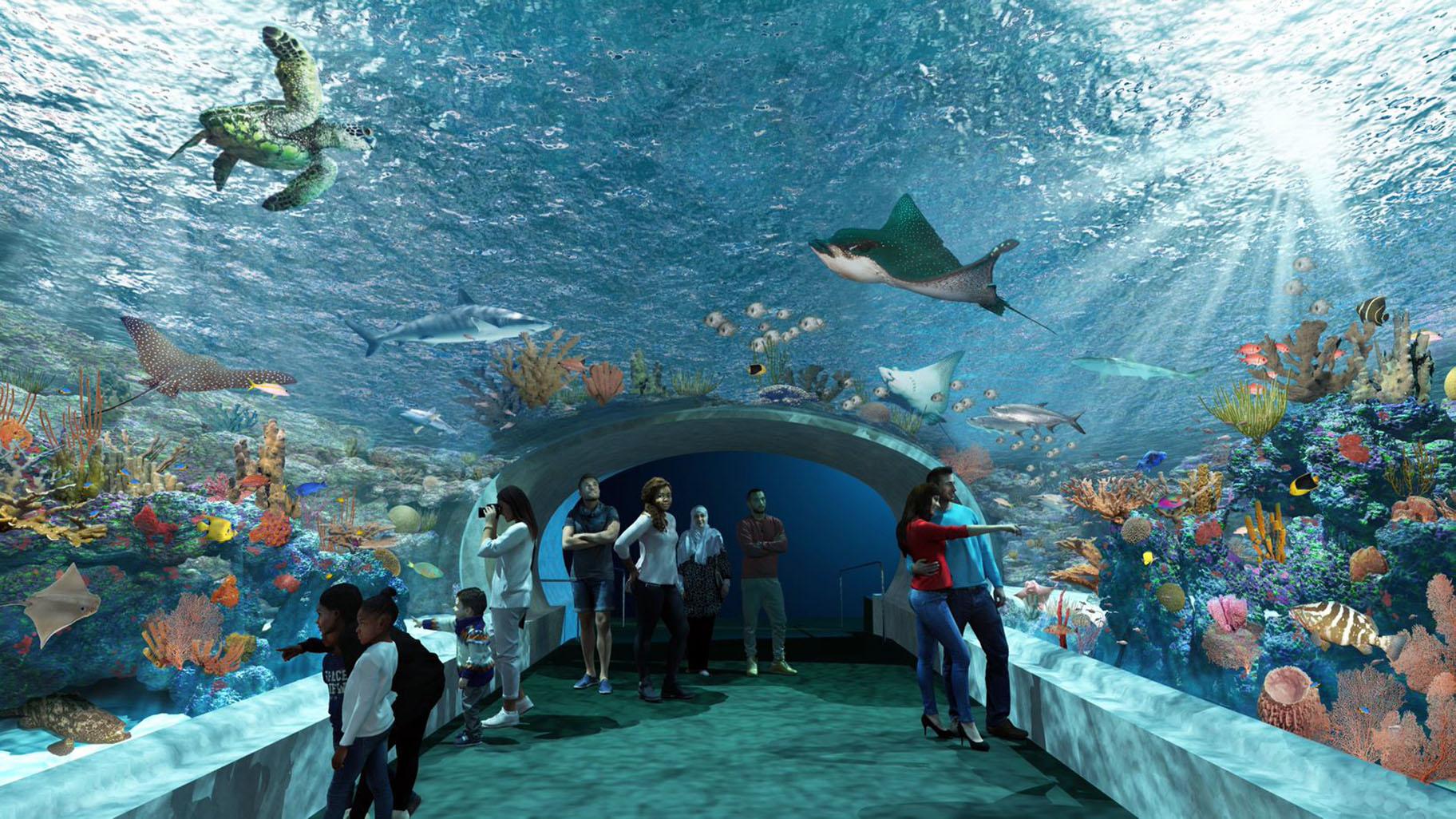